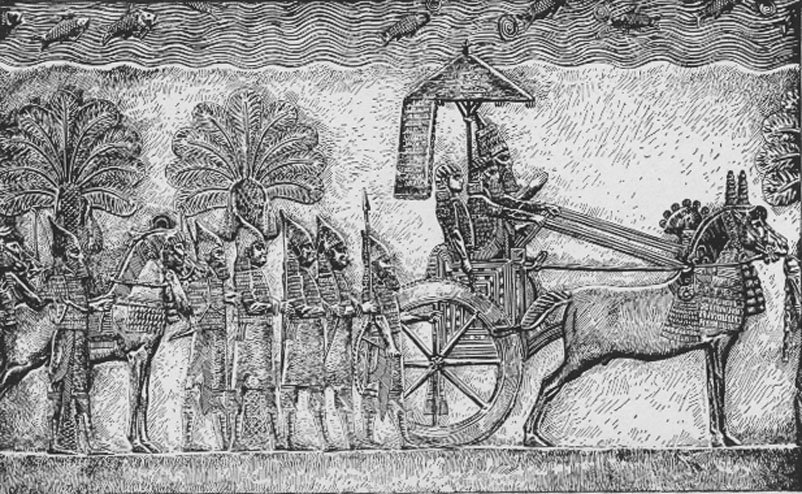 Posted on January 17, 2017October 26, 2018 Assyria, Kingdom of Judah
From the ruins of Lachish to Hezekiah’s tunnel in Jerusalem, there are a number of archeological reminders of King Sennacherib of Assyria’s invasion of the kingdom of Judah. That the Assyrians invaded during the reign of good King Hezekiah is undeniable. Bible students are well familiar with the invasion and how it ended.
After besieging the city of Lachish, Sennacherib sends an official spokesperson, “the Rabshekah” to warn the defenders of Jerusalem to turn their backs on their king and surrender to the invaders. The Rabshekah,  a fluent speaker in Hebrew taunts and threatens within earshot of the defenders on the wall. Soon after, the Rabshekah hears a report that Sennacherib’s army had moved from Lachish and was now fighting against another city called Libnah (evidently Lachish had fallen by this point). (Isaiah 37:8) He  returns to Sennacherib and the army. It is while there (it is not clear if the army had decamped to face a threat from the Ethiopians) that in response to Hezekiah’s prayers, something miraculous happens:

“And the angel of Jehovah went out and struck down 185,000 men in the camp of the Assyrians. When people rose up early in the morning, they saw all the dead bodies. So King Sennacherib of Assyria departed and returned to Nineveh and stayed there. And as he was bowing down at the house of his god Nisroch, his own sons Adrammelech and Sharezer struck him down with the sword and then escaped to the land of Ararat. And his son Esarhaddon became king in his place.” (Isaiah 37: 36-38) 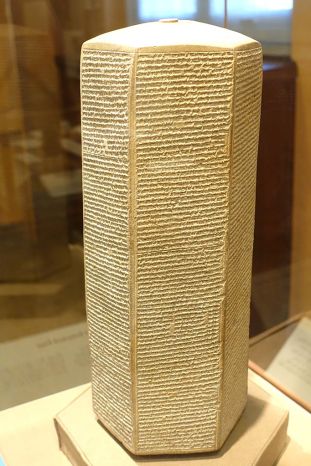 “As for Hezekiah the Judahite, who did not submit to my yoke: forty-six of his strong, walled cities, as well as the small towns in their area, which were without number, by levelling with battering-rams and by bringing up seige-engines, and by attacking and storming on foot, by mines, tunnels, and breeches, I besieged and took them. 200,150 people, great and small, male and female, horses, mules, asses, camels, cattle and sheep without number, I brought away from them and counted as spoil. (Hezekiah) himself, like a caged bird I shut up in Jerusalem, his royal city.“

According to Sennacherib’s doubtlessly exaggerated claims, he was able to take 46 fortified cities and a number of unfortified small towns. One of those cities was Lachish.

(Top) Lachish. Arrow points to the Assyrian siege ramp. (Bottom Pics.) The siege of Lachish as depicted on the walls of Sennacherib’s palace in Nineveh.

Indeed Sennacherib decorated the walls of his palace with gruesome scenes from the seige. What the reader cannot fail to have noticed is the the city he was unable to take; Jerusalem. While he describes shutting up Hezekiah inside Jerusalem, “like a caged bird“, he omits why he was unable to take the city. In agreement with the Bible account, the abortive conquest of Jerusalem is the end of the military campaign.

Other ancient historians mentioned the Assyrian invasion. The first century historian Flavius Josephus records a text written by a third century B.C Babylonian writer named Berossus. The complete text is lost to history, but the portion quoted by Josephus reads”:

“Now when Sennacherib was returning from his Egyptian war to Jerusalem, he found his army under Rabshakeh his general in danger [by a plague, for] God had sent a pestilential distemper upon his army: and on the very first night of the siege an hundred fourscore and five thousand, with their captains and generals, were destroyed. So the King was in a great dread, and in a terrible agony at this calamity; and being in great fear for his whole army, he fled with the rest of his forces to his own Kingdom, and to his city Nineveh. And when he had abode there a little while, he was treacherously assaulted, and died by the hands of his elder sons  Adrammelech and Sarasar: and was slain in his own temple, which was called Araske. Now these sons of his were driven away on account of the murder of their father by the citizens, and went into Armenia. While Assarachoddas took the Kingdom of Sennacherib.” And this proved to be the conclusion of this Assyrian expedition against the people of Jerusalem.” (From Josephus, Antiquities of the Jews, Book X, Chapter 1, paragraph 4 & 5)

Some of the details are different, but this account has much in common with the Biblical account. In one night, 185,000 Assyrian soldiers are struck down by plague (the Bible account is silent on how the angel killed the troops), Sennacherib flees back to Nineveh where he is eventually killed by his two sons.

The fifth century Greek historian Herodotus records a badly mangled version of the invasion, but some of the details are telling:

“Afterwards, therefore, when Sanacharib, king of the Arabians and Assyrians, marched his vast army into Egypt, the warriors one and all refused to come to his aid.  On this the monarch, greatly distressed, entered into the inner sanctuary, and, before the image of the god, bewailed the fate which impended over him. As he wept he fell asleep, and dreamed that the god came and stood at his side, bidding him be of good cheer, and go boldly forth to meet the Arabian host, which would do him no hurt, as he himself would send those who should help him.  Sethos, then, relying on the dream, collected such of the Egyptians as were willing to follow him, who were none of them warriors, but traders, artisans, and market people; and with these marched to Pelusium, which commands the entrance into Egypt, and there pitched his camp.  As the two armies lay here opposite one another, there came in the night, a multitude of field-mice, which devoured all the quivers and bowstrings of the enemy, and ate the thongs by which they managed their shields.  Next morning they commenced their fight, and great multitudes fell, as they had no arms with which to defend themselves.  There stands to this day in the temple of Vulcan, a stone statue of Sethos, with a mouse in his hand, and an inscription to this effect – “Look on me, and learn to reverence the gods.” (Herodotus 2:141)

In this account Sennacherib faces an army of Egyptians, not soldiers from Judah His army is not killed by an angel or plague but instead a divinely sent multitude of field-mice in one night consume all their bowstrings and shield straps rendering them unable to defend themselves. The Assyrian army is nearly destroyed.

While the Sennacherib Prism agrees with the Bible account in that Jerusalem was not taken and that Sennacherib returns home thereafter, the two ancient historians agree with the Bible account in three important respects. First, the destruction of the Assyrian army is at the result of divine intervention. Something supernatural occurs. Second, the disaster to the Assyrian army happens in one night. Third, the disaster forces the return of Sennacherib to his home in Assyria.

History records that approximately 20 years later, Sennacherib is killed by his two sons while worshiping his gods. After the disaster in Jerusalem, Sennacherib was never again able to mount such an ambitious military campaign or to march against Jerusalem.

Lachish and the Lachish reliefs at the British Museum. Photos by author.

One thought on “Sennacherib’s Invasion of Judah”