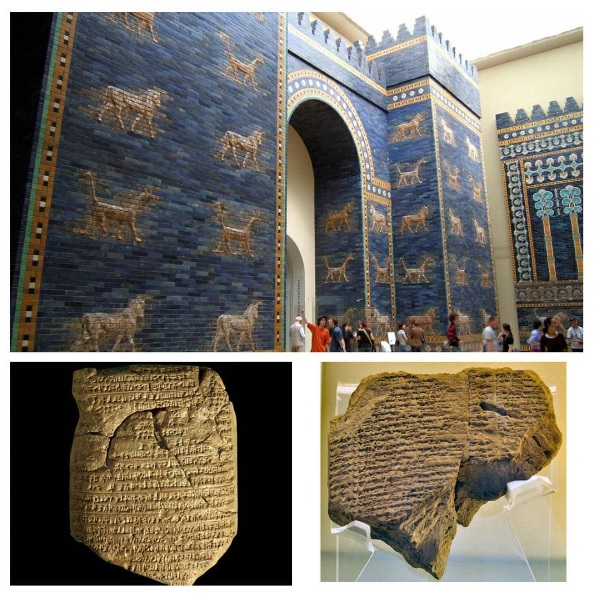 Post 7 – This week in #weeklybiblereadingarcheology, the exile of King Jehoichin (2 Kings 24 :12-17). At the British Museum is an official Babylonian record (Bottom left) which reads in part, “… he (Nebudchadnezzer) conquered the city and took the king (Jehoiachin) prisoner. He installed in his place a king (Zedekiah) of his own choice, and after he had received rich tribute, he sent them forth to Babylon.” Jehoiachin was later released from prison and given a more prestigious position than the other captives, even given more daily food provisions. (2 Kings 25:27-30) During the excavation of Babylon’s Ishtar Gate, (Top. At the Pergamon Museum in Berlin) official records were discovered listing the rations received by the exiles (Bottom right, also at the Pergamon). Not only is Jehoiachin, king of Judah listed among then, but the record shows that he received several times more did than the other prisoners. These two ancient documents match the Bible account precisely! #biblereadingarcheology #biblereadingarchaeology

2 thoughts on “King Jehoiachin in Babylon”