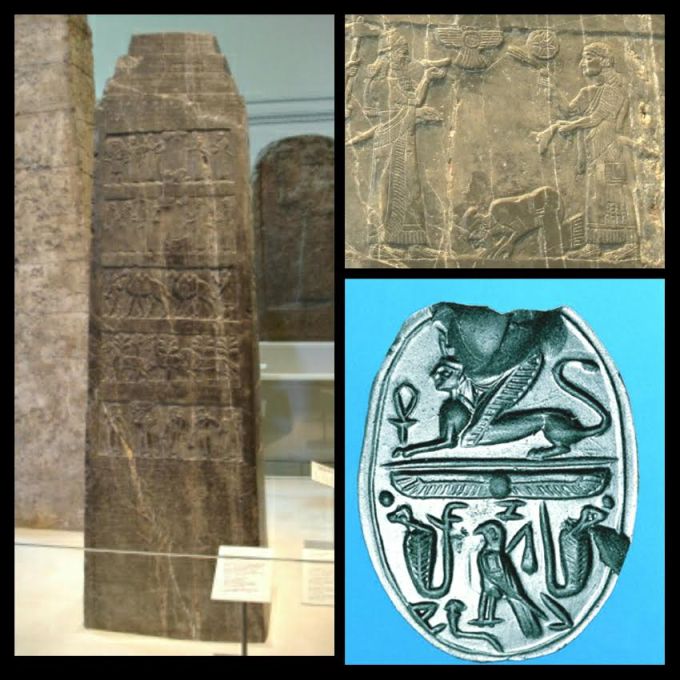 Post 3 – Jehu and Jezebel. From this weeks Bible reading, 2 Kings 9-11. At the British Museum (Left), the Black Obelisk of the Assyrian king Shalmaneser III. It contains the earliest depiction of an Israelite king (Jehu) paying tribute to the Assyrian king (Close up, top right). Although this event is not recorded in the scriptures, it demonstrates that Jehu was an historical figure. Further, the unfaithful kings of Israel were constantly making political alliances with foreign kings, so this event is entirely plausible. From the Israel Museum, the Royal Seal of Queen Jezebel (Bottom right). This find is difficult for those that claim that Jezebel was mythical. Seals were often worn as a ring or on a necklace. Was Jezebel wearing this when she took her final flight? #weeklybiblereadingarcheology #biblereadingarcheology #biblereadingarchaeology